This stone arc bridge is the oldest bridge of the Australian continent as it was opened to the public in the year 1833. Those commuting through light motor vehicles, & bicycle can pass thro ugh the bridge. David Lennox crafted the bridge ages back. The single arc bridge is nine meters above from the sea level.

The bridge was closed for 18 years due to the illegal passing of the heavy vehicles through the bridge. After imposing a travel ban on the bridge in 1970s, the ban was lifted in the year 1982. This is the first of kind bridge in the New South Wales, Sydney. This bridge acts as the entry gate to the west from the capital city of the NSW.

David Lennox with this team of 20 unskilled laborers was given the task to design this bridge. He trained all of them and made this wonderful getaway that has become a landmark in the Australian history today. The construction of this bridge begun in October 1832 and the task was accomplished in July 1833. 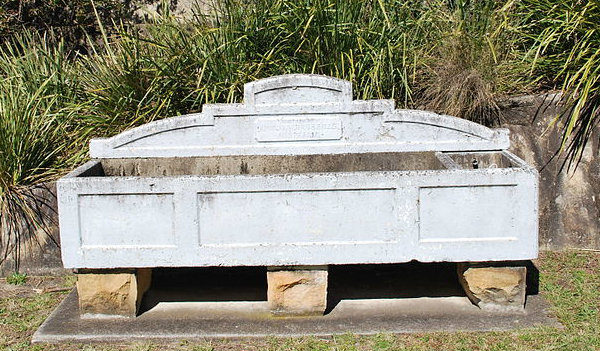 This stone is laid in the memory of the horses that were left behind in the Middle East region after the end of World War I. The Horse trough is laid in different cities of the country to showcase grief on the tragic death of the Australian Light Horses. Knapsack Street is steep even today. The Cox’s road is directly connected to the one end of the Knapsack Street. This is the famous street of the region, thus this place is listed on visiting list of almost every tourist. Early, there was a proper station, but now you can sight visit the platform remaining. Mr. Hon John Lucas, the Minister for Mines, made a request to build a station that can help tourist visit the place. It is believed that the sight has the panoramic views due to which the trees had been cut. Lap stone Zig Zag was built in the 18th century. You can witness the passage while traveling from the train. If, you are crossing the region by road then also you can watch this landmark site. John Whitton, the then Chief Railway Engineer, designed the three-tier system which helped the trains to slip smoothly through the steep climb of the region.

The single track rail line cause problems on the route. There was only one track for the passing of up & down trains and this had increased the chances of the train collision. The lethal accident of Emu Points was caused due to this reason in the year 1878. This wetland has kept the history of bushwalk in Australia alive. Three friends namely William Lawson, William Wentworth & Gregory Blaxland found this place while crossing the Blue Mountains ages back. Ducks, paperbark trees & Swamp Hen are common to the sight in the area today. This is the perfect tourist destination for the bird lovers. The weeds disinfection & lagoon rehabilitation programs are run by the Blue Mountains City Council.